I was recently asked about my writing process. Do I use outlines? Do you plot a story or just make it up as you go along? Please keep in mind that what works for one person might not ever work for anyone else or even that one person ever again except that one time.

For my most recent title, Connecting Flight, here’s what happened:

In mid November, 2011, a plane carrying two coaches of the Oklahoma State women’s basketball team crashed. After seeing the story on the news, I wondered about the last moments of the two coaches, one male and one female. I wondered what might go through the minds of people on a plane that is plummeting to earth and death is certain or at least likely. What do people think about? What do they do or say? Did they pray, cry, scream, or something else? And then I settled on what I would likely say. “I’m not ready to die. I’m not ready to die.”

And then I wondered about that proverbial light we’re supposed to see upon death, and I wondered what would happen if I or they were truly not ready to die. What if they refused to go into that good light? What if they just wandered away? And what if they lived (no pun intended) up to that ghost theory that some spirits are here because of “unfinished business”? What if?

I had the beginning of a story, but I couldn’t use the basketball coaches because that would be wrong. So I did what most writers do – I put myself into it. I made the male ghost an uptight math teacher. I needed the female to be different, so she at first she was a rather uneducated, stay-at-home wife. However, after going through several drafts, I eventually realized that she needed something in her past to haunt her. (Again, no pun intended.) She eventually became a model/actress. Then she became a model/actress of the kind with very little clothing. That was because she needed to have something in her past to hide and something to make her resist going to “heaven” because of a fear of being rejected based on that past. There’s more to it than that, but it’s enough for now.

I had people. I needed reasons. They are both on a plane together going from Philadelphia to Los Angeles. He is going to spy on his wife whom he thinks is having an affair. She is going on business, another “modeling” job, so to speak. She also suspects her husband is having an affair, but he has provided her with a great amount of wealth and material things that she shares a good deal with her less-fortunate family, so she quietly takes one for the team.  No pun intended.  I had a connection between them - both suspected their spouses of cheating.

But that’s not important right now. What’s important is the process. What I first did was treat the story as I always do – like a movie. I write outlines and, unlike some writers, I cannot work without one. Mine begins with a setting followed by the important events that should happen in that scene/chapter. Here are the first three scenes/chapters in the outline:

2. Airport runway or wreckage site
a. smoke clearing, EMT all around, blood, wreckage, triage, yelling.
b. Ann and Chris looking in disbelief, sounds muffled in and out, vision blurry at times
c. They’re perfectly clean, most others are a mess
d. Both know something is wrong, not sure what, see a few others like them
e. Some others walking away, looking back at them, waving for them to follow
f. Still holding hands, pull apart, big Zap! Touch again, painful Zap keeps them away
g. Ball of bright light, others going in, Ann and Chris refuse
h. See man crying, bloody, next to lifeless body of wife, kids too
i. Leave area, run quickly, not looking, ambulance goes through them.

3. Random places away from crash site
a. Panicking, crying, debating what to do, to go into the light or not
b. Agree they not finished on earth, things to do still
c. Discuss movies, ghost clues, rules, what they can and can’t do?
d. Ann tells him to be more of a “man” when he cries. He admits he’s not.
e. Do we eat? Sleep? Piss? Guess we’ll find out.
f. Where did others go? why didn’t we go? people say spirits don’t know they're dead
g. But we know. But we not ready? Tired. Do we sleep? Mental detox.

This is not exactly how the story went, but it was the first, maybe second version of an outline. Although the original outline only had 14 chapters, I eventually ended up with 18. I always print my outlines so that I can keep them in front of me on the desk as I type. I constantly check each line to make sure I’m going in order, although there’s always room for changes and improvising. I also print the outlines because I like the visual of crossing off numbers and letters as I write. It helps give me a sense of progress and accomplishment. Another part of my process is basically "watching a movie." When I type, I imagine that I'm watching a movie in my head, and I am simply writing what I am watching. It allows me to write a lot in a short period of time, but it does have drawbacks, such as a drifting point of view and too much dialogue. Oh well. That's what revising is for.

So, the crash was in November of 2011. I had an outline finished by January of 2012. Normally an outline doesn’t take that long, but I was still teaching then and didn’t have a great deal of time to work on it. However, as January began, I knew that I was about to leave the profession, so that motivated me to work more quickly and enjoyably on the outline.

I started typing the first draft somewhere around February 1, 2012, and I finished that somewhere about the first week of March. It was right about then that I started working more at blogging, having just gotten my first few followers. That’s when I first started posting chapters as blog posts for feedback. There were some incredibly nice people who seemed to be reading and greatly enjoying the chapters. Not a lot of critical feedback, but a lot of polite praise. A few people even tweeted out my chapters for others to read, and I was gaining more and more blog followers. It was nice. Somewhere in June of 2012 I began revising. The story was too short and the ending was too easy. I had rushed it and nobody was interested in the queries I had e-mailed.  I knew I had work to do and spent the summer revising heavily. But that’s when I was really starting to enjoy the blog following that was growing. Between chapters, I was writing humor, essays, posting photography, and I had also gotten hooked on the flash fiction thing. Writing and revising were pushed aside, far aside. I had an audience to feed, and it felt nice.

I won’t recount that episode because I have already spelled it out in Writing 2.0, which brought me back to writing fiction. It had been a year since I originally wrote the story, and it wasn’t going anywhere, and neither was I. That’s when I did two things at once:

1. Revised the chapters a second time in the form of a third draft.

2. I posted the new chapters for a new audience who immediately helped me revise it further for a fourth draft. It grew from 18 chapters and 50,000 words to 25 chapters and 76,000 words in about six weeks, and I could not have done any of it without an outline.

In January of 2014 it was accepted by a small print, Whiskey Creek Press, and was set to be released in July. However, Whiskey Creek was sold to Start Publishing, a small company that has bought up a handful of small presses and is in the process of re-prioritizing their publishing schedule. So I have no idea when it might actually be released. But that's now what we're here for today. 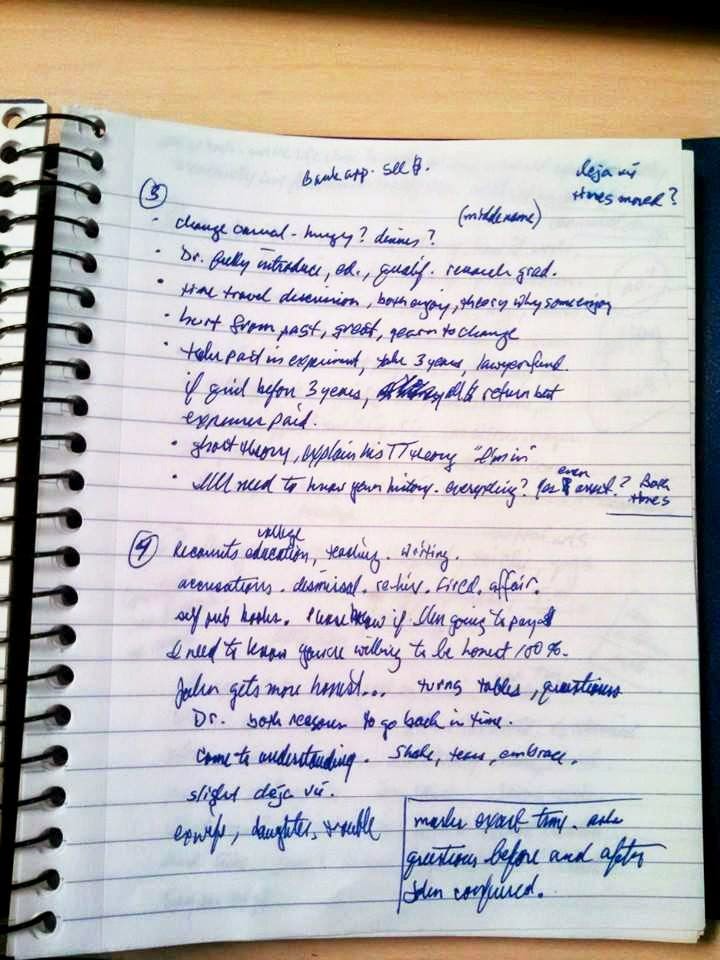 One last example of the benefits of outlining is the currently outline I am writing, which includes the page above.  It's a time travel story, and my outline was written out to 20 chapters.  Although I felt ready to start the first draft, I still followed my process of typing the outline.  A fortunate choice because, while typing it out, I realized there were several holes in my story's timeline.  It's a time travel story, and there are going to be continuity issues.  While typing, I realized that I had the wrong target year in the past for my character to visit.  Once I changed that one element, I realized the domino effect waiting to happen and then had several other necessary changes.

Had I started the first draft without typing the outline, I likely would have written thousands of words that would have eventually been scrapped.  Another good reason to outline - revisiting your story and making sure your story is going to hold water.  Or beer.  Do yourself a favor and try an outline.  It's like revising but a lot shorter, and I could save your character from ending up in 1993 instead of 1990.  I don't even want to think about how embarrassing that could have been.

How about you? Do you use outlines? 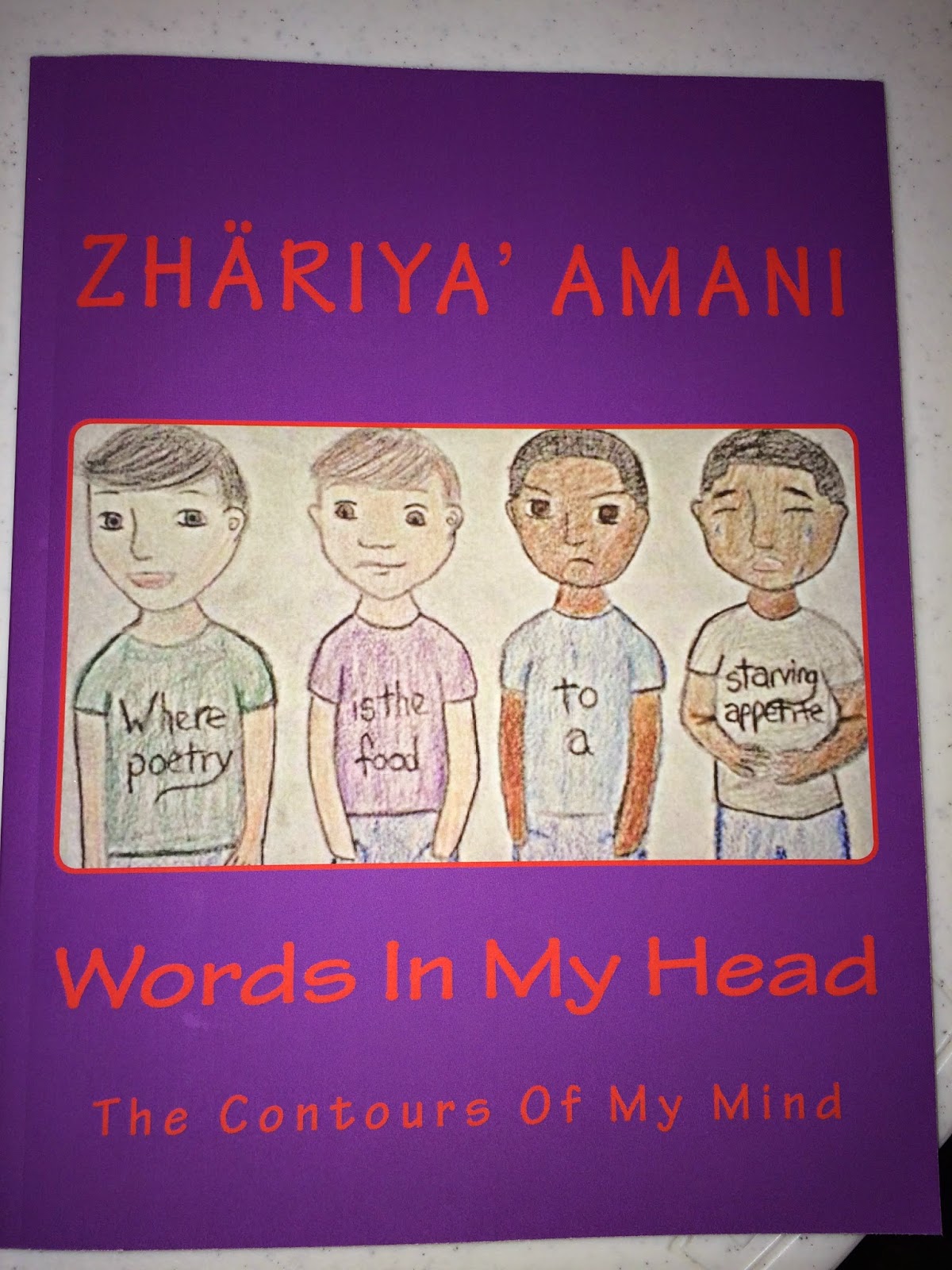 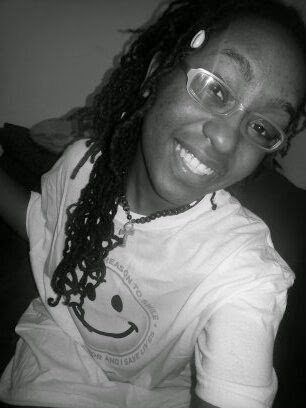 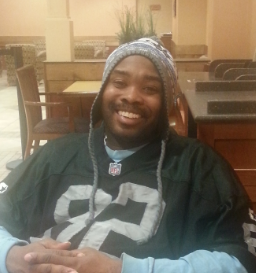 Posted by SJWriters at 11:32 PM No comments: