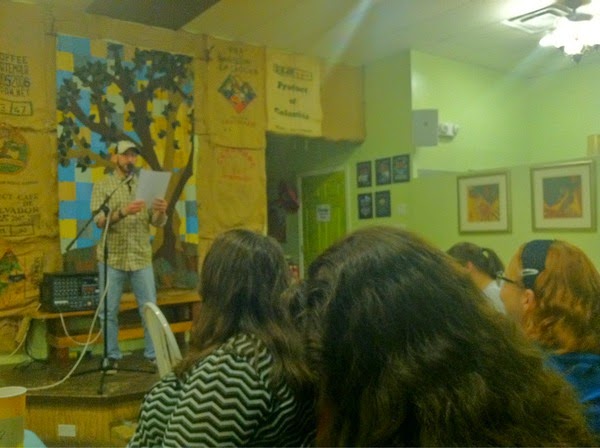 The South Jersey Writers’ Group is having an Open Mic Night on Saturday, April 11th at 6:00 PM. I believe this is our eighth such event (at my age, it’s hard to keep up with the count!). It is being held for the third time at Victorian Savories Bakery in the Voorhees Town Center (formerly the Echelon Mall). They have been a gracious host, and the venue has been a fantastic spot for our Open Mic Nights.

We have consistently had a great time at these events, and it’s truly wonderful to hear each other’s writing performed aloud. But it’s also a great experience for the writers themselves to get some exposure and to get used to public speaking and representing themselves in such a format. 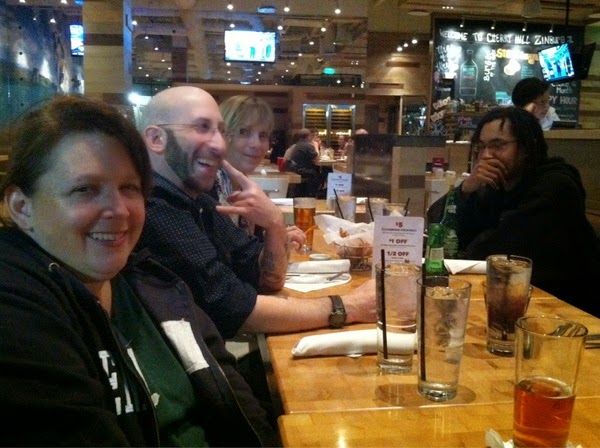 Depending upon how many readers we have, each one usually gets about ten minutes of time to share a short story, excerpt, poems, and even musical material, should anyone choose to perform songs they’ve written. It’s an excellent showcase for our original work. Even if you don’t plan to share material yourself, it’s still great to come out and see what the other members have been working on, so ‘crowd support’ is most welcome, too!

So, please come out and read and/or listen to what our members have to offer. I look forward to seeing you there!

About today's guest-blogger: Jord Fox has been a poet and songwriter since his teens, and today is also an animal rights activist, comics fan, and the Open Mic Host and an Event Organizer for the South Jersey Writers' Group. You can check out his blog here.

Posted by SJWriters at 5:05 PM No comments: 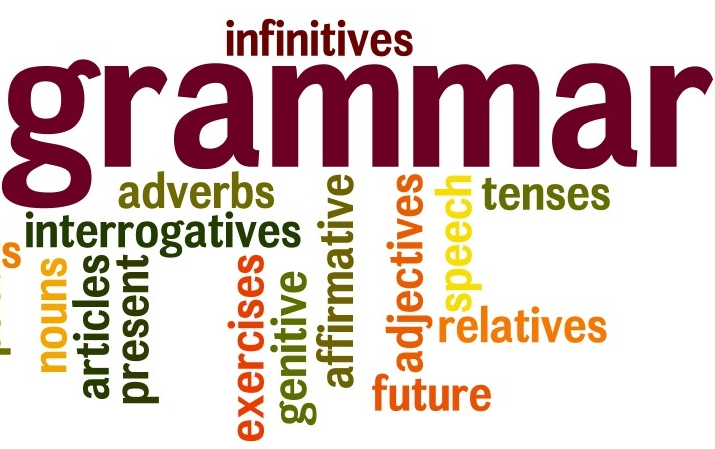 Do you know when to use italics instead of quotation marks when naming something in a manuscript? What about when to use 'whom' instead of 'who'? Or if a question mark should stand inside or outside quotation marks? Member Rich Voza answered these questions and more while addressing the SJWG's March meeting.

After graduating from William Paterson University, Voza taught English, language arts, and writing for over twenty years. He stepped down from education a few years ago to take his writing more seriously. This resulted in two publications: When the Mirror Breaks from Whiskey Creek Press, and Connecting Flight from Start Publishing.

Voza's title for his presentation for the evening was "Grammar and Punctuation Issues." These subjects can be dry while reading or listening to instruction on the nasty nuances of our written language. But Voza surprised us by used humor to wet his explanations, making them entertaining, and the information memorable. His honesty, in that even he makes errors in grammar and punctuation, was refreshing.

Beforehand Voza collected questions from SJWG members, which he addressed at the meeting. Members comfortably asked additional questions during Voza's descriptions of particularly pesky grammar and punctuation puzzles. Then he continued on through his list of twenty-one popular errors that people make in writing. 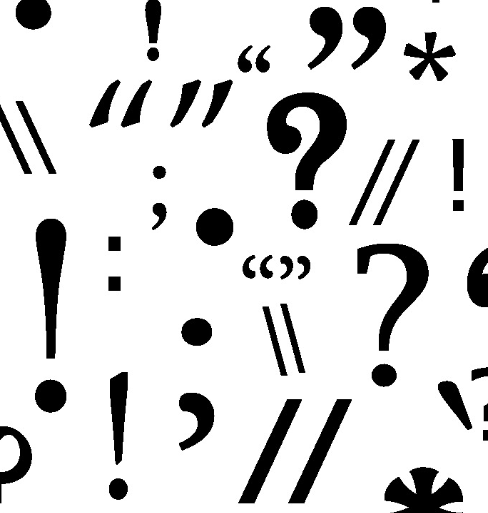 Some situations are stylistic. Voza doesn't use capital letters in informal writing situations. e.e. cummings, who did this in his professional work, comes to mind here. But don't break the rules unless it makes what you're doing better. Rules changed by the literary powers that be, are changed for a specific reason. For instance, when too many people have done something grammatically wrong for a long time, it can be accepted.

Voza also explained that punctuation outside quotes are a British thing. And I never knew that some British words were Americanized, like 'colour' to 'color,' simply to irritate the British.

Misconceptions abound, and I can't figure out why. Why, for instance, I thought using a parenthesis or semicolon in dialogue is never correct. Not true. In addition to the hand-out from Voza, I'll make sure to check english.stackexchange.com while editing my work. It's the site he referenced for further help.

The meeting ended before touching on each list item. Jennifer M. Eaton and Loretta Sisco commented that this fellow member should return to speak again on the topic. I agree. His fun savvy with his subjects made the presentation seem more of a stand-up performance than a lecture on grammar and punctuation. And his handling of audience interruptions didn't fluster Voza, but added to his repertoire of keeping the issues from getting confusing and musty. 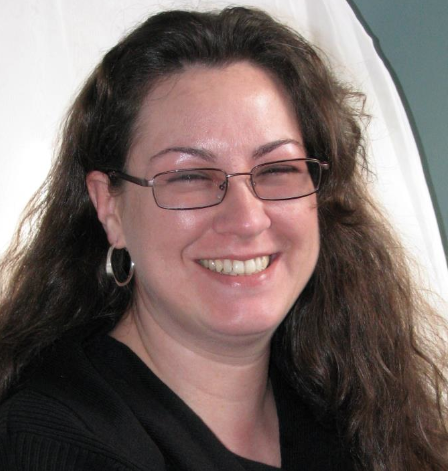 Dawn Byrne, a grandmother, writes inspirational and fictional stories about families from her New Jersey home. She's a member of the South Jersey Writers' Group, facilitates the Juliette Writers' Group, and teaches Sunday School. Dawn strives to leave a small carbon footprint, reads classical literature, blogs here, and has stories featured in Chicken Soup for the Soul: Devotional Stories for Wives: 101 Daily Devotions to Comfort, Encourage, and Inspire You and Chicken Soup for the Soul: It's Christmas!: 101 Joyful Stories about the Love, Fun, and Wonder of the Holidays . Her website is www.dawnbyrne.yolasite.com.

Posted by SJWriters at 10:29 PM No comments: 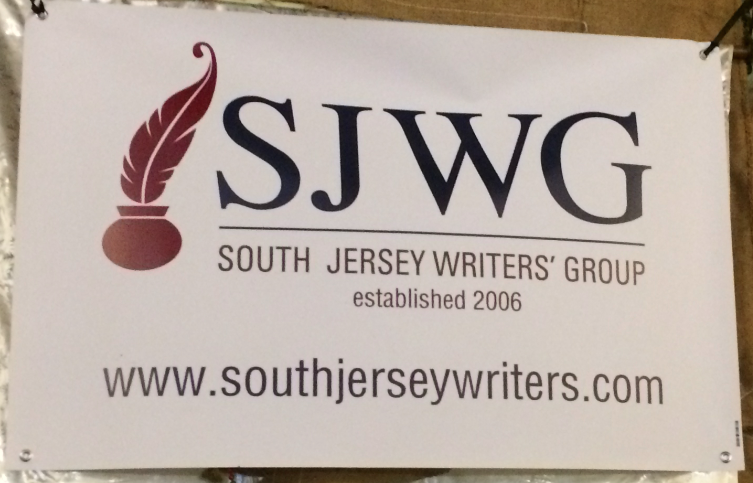 Every third Sunday of the month the South Jersey Writers' Group gets together for a work session dedicated to the art of blogging. If you noticed in the SJWG Social Media Database (seen here and here) many of its members are also bloggers. This month we decided to put our money where our mouths are, so to speak, and promote here, on the SJWG Blog, what we accomplished at this monthly work session.

Loretta Sisco posted this entry about her 'pocket pets' to her blog, while working hard on her next article at Biff Bam Pop! about this past weekend's Monster Mania convention in Cherry Hill NJ. You can check that out later this week here and here.

Robin Renee wrote this terrific post for her blog about working and living in mixed media. You can read it here.

Rich Voza, besides leading an energetic discussion about teaching and movies with Glenn Walker, produced a blog post consisting of more of his famous one-minute book reviews. You can see it here.

Kahlil Weston of Mad Writer Publishing worked on his upcoming book on bullying, as well as edits for a forthcoming book by another of his authors.

Glenn Walker wrote and posted an entry for each of his three blogs. He reviewed Crunchy Cookie Chips for French Fry Diary, the new phase of the Simpsons Tapped Out game for the Non-Gamer's Gamer's Blog, and the Danish giant monster movie classic Reptilicus for Welcome to Hell. Click the links to check them out.

Posted by SJWriters at 3:02 PM No comments: 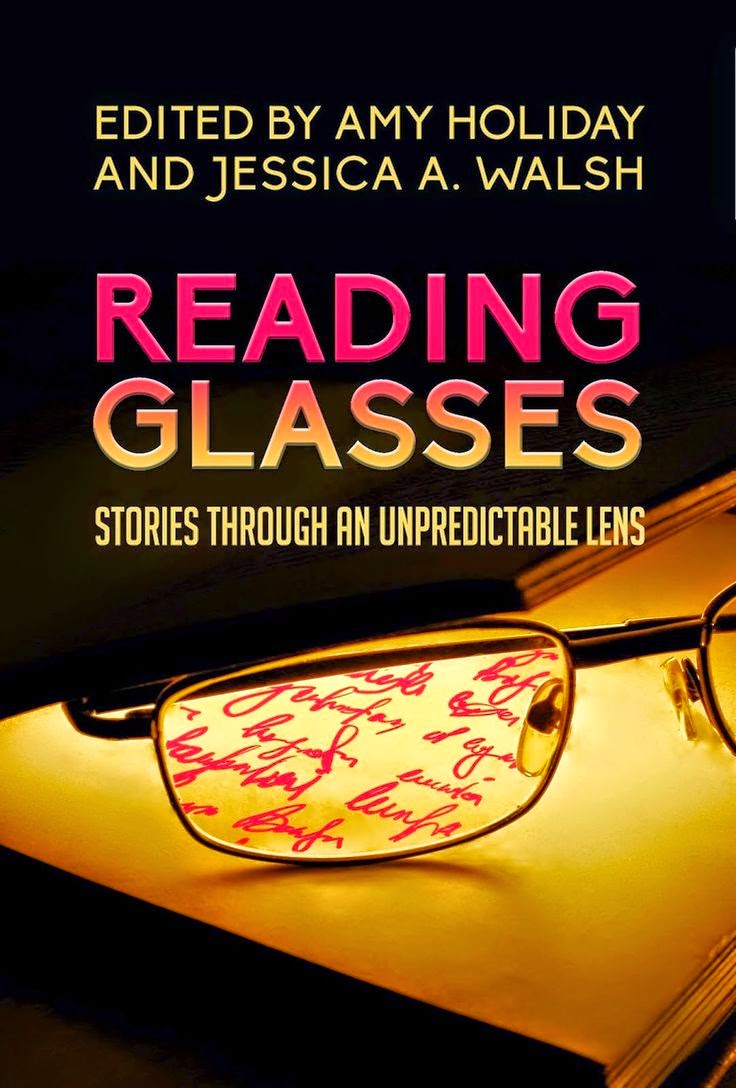 Folks are always asking for a central source, a database of where to find the work and social media of the members of the South Jersey Writers' Group - so here you go. Here is the second part (you can see the first part here), and it's by no means complete. We'll be adding and updating as we go along, but this is certainly a good start.