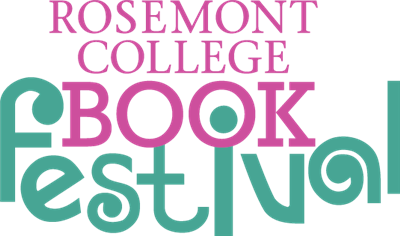 On Saturday, April 26th, SJWG members Dawn Byrne and myself, along with fellow member and author Jordanna East, headed out to the Rosemont Book Festival at Rosemont College to talk about our writers’ group and to sell books.

Dawn and I were there to promote and hopefully sell the group’s first self-published anthology, Tall Tales and Short Stories from South Jersey and Jordanna was there promoting Blood in the Past, her prelude to the psychological thriller series, Blood for Blood. 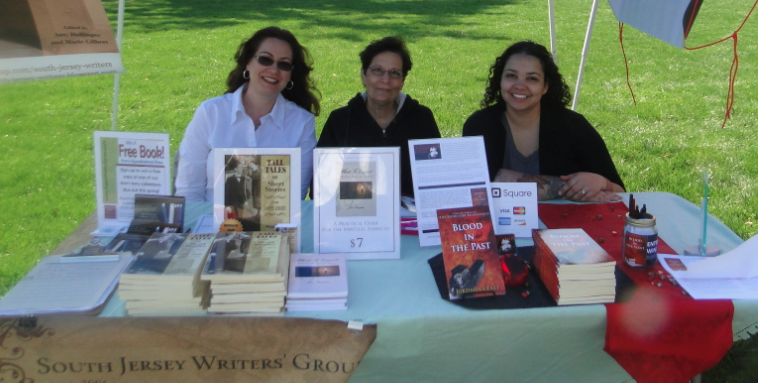 The day was sunny with a slight chill in the air and although there were not as many people shopping for books as we expected, we enjoyed speaking with the Rosemont students who stopped at our table. I was surprised at how many students were interested in becoming publishers, editors, or writers.

We chatted with several of the other authors there selling their books and made plans with a group of writers belonging to the Delaware Valley Sisters in Crime chapter to speak at one of our meetings. I even met a Facebook friend, and a steampunk friend from Dorian’s Parlor.

Now that the warm weather is here, we’ll be out and about promoting our books and our group. Check our calendar for other upcoming book signing events.

Posted by SJWriters at 9:08 PM No comments: 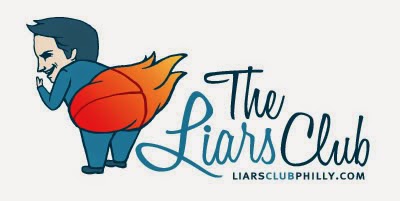 On April 27th Keith Strunk led The Liars Club's Writers Coffeehouse that meets at the Barnes & Noble in Willow Grove PA on the last Sunday of the month. Please note that the May meeting is canceled because of Memorial Day.

Keith is a teacher, actor, author and co-founder of River Union Stage. He wrote the book, Prallsville Mills and Stockton and is one of four authors of The Delaware River Byways that's due out in July. Both are published by Arcadia Publishing. Among other credits is his screenplay Time Lock (2005). 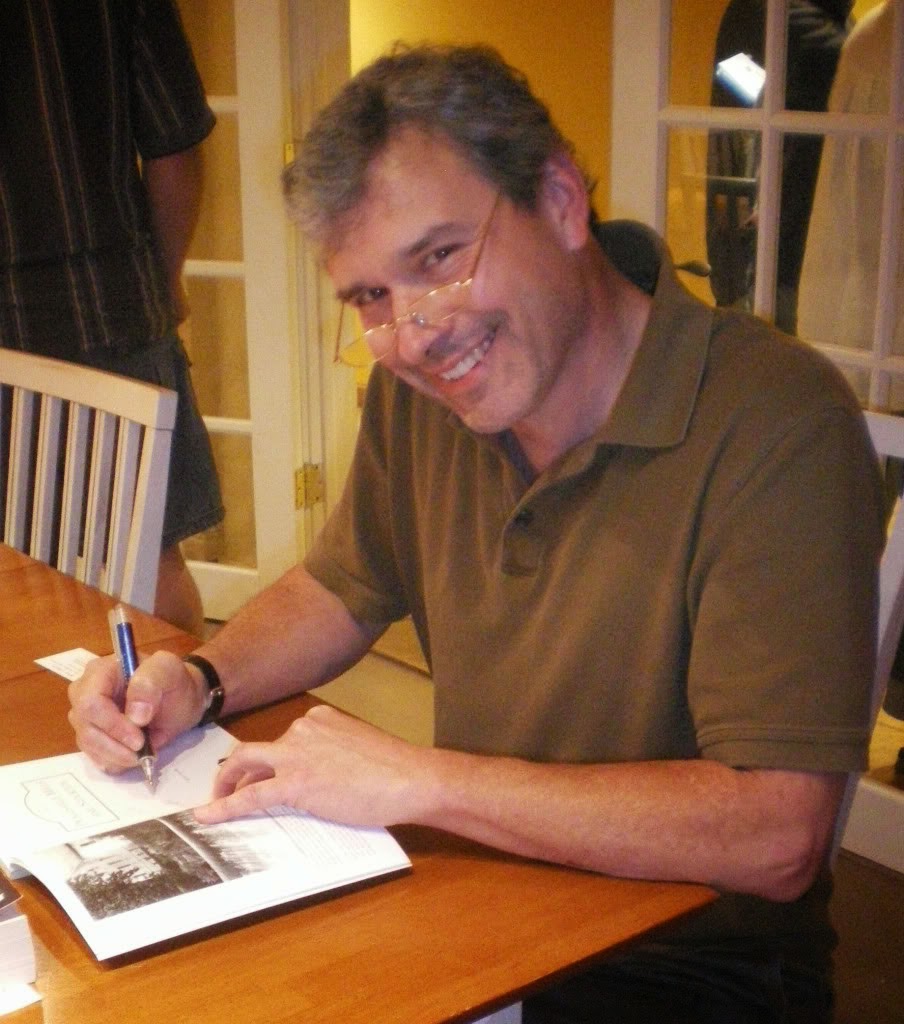 Keith talked about collaborating on fiction books, and suggested all involved in the project should agree on an editor, or a person who will have the final say with the project. A signed agreement can be helpful too. Kerry Gans added her experience collaborating with two other writers on a work yet to be completed. Her poem "The Towers Stood" is included in the non-profit first anthology of World Healing World Peace.

Anyone may ask a question to the facilitator or the group throughout the meeting. Keith addressed a question to the group. He needed tips on how to get back into a long project after being away from it for months. Suggestions were: conditioned/response where the writer repeats daily going to a specific area to write, or uses something like smell to trigger the brain that it's time to work on the writing; re-read the entire manuscript; look over notes on the project; make or review character sketches and the outline; get back into the head of the main character.

The discussion turned to branding. I have to admit I helped with this turn, seeking information on taglines. Keith mentioned that a writer's face is their best logo. An author may want a specific tagline for each book, which can be limiting. A tagline for the author is another option. I found myself in good company with Kerry Gans who also is trying to come up with a tagline that encompasses all the types of writing she does.

As an actor Keith was clearly comfortable explaining how dress can brand a person. It depends on what you write. Carol Kasser shared that as a children's author, she dresses in fun hats and child friendly clothing. Barbara Custer uses a balloon as part of her brand.

This brought up the subject: How to dress for a pitch. When pitching to an agent or editor, says Keith, dress neat but not necessarily formal. If you're nervous, uncomfortable clothing will add to your issues. This topic led to pitching in general. 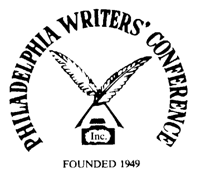 Keith gave out information on the Philadelphia Writers' Conference coming in June. He mentioned that even though a writer should have a completed manuscript before pitching to an agent, at the conference that's not a deal breaker. As long as the writer has finished most of their book, it doesn't look bad in this situation to have an incomplete package.

I thank our founder and SJWG librarian, Janice Wilson, once again for driving me to the meeting. As always, carpool conversations are a bonus to the information and inspiration I receive during the meeting. Kindren spirits abound on the last Sunday of most months. May may be a bummer, though. I'll have to fill the emptiness with Memorial Day hot dogs and hamburgers. 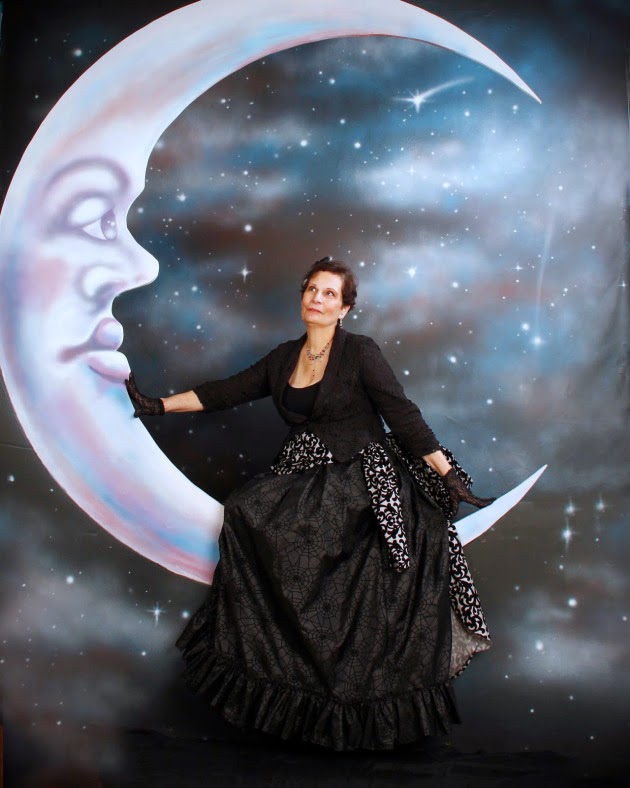 Marie Gilbert is one of the most beloved members of the South Jersey Writers' Group. She has been instrumental in the birth and maintenance of this blog, as well as being one of our biggest boosters and sellers of the SJWG anthology Tall Tales and Short Stories from South Jersey, in which her craft is also featured.

You've also seen her work at Biff Bam Pop! every week. There the Steampunk Granny regularly reviews cool stuff like episode by episode recaps of "The Walking Dead," "Bates Motel," "True Blood," and "Orphan Black" among others. 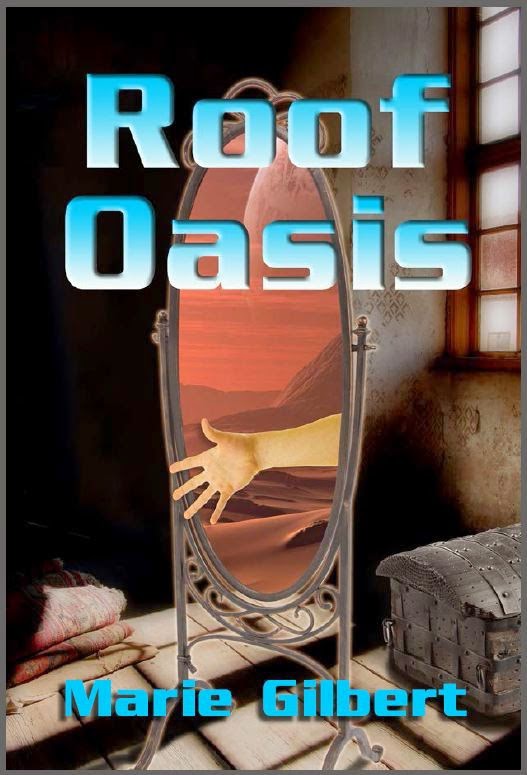 Marie also writes for Go Jane News, her interviews and ghost investigations are top notch, and has aided me in several blog tours. Her enthusiasm is contagious and she is an inspiration to us all. Marie rocks, and we love her, but now we have an extra special reason to be proud of our Steampunk Granny - she's now a published novelist.

Let me tell you all about Roof Oasis. Marie Gilbert's first novel is the tale of twins Michael and Lucy caught in a world devastated by bio-warfare that has inadvertently created zombies. As the hordes of the seemingly undead close in, the twins find that their only salvation may lie within a Victorian mirror hidden in the attic of their family home. You can read more about the novel here.

Roof Oasis: An Apocalyptic Tale (Volume 1), by Marie Gilbert, is available as a paperback from Amazon here and soon on Kindle. The cover design and illustration is by fellow SJWG member Shelley Szajner. Details about the upcoming book release party in June can be found here. Check out this great new novel by this terrific author.

Are you a writer in the South Jersey area and looking for a group of like-minded individuals for support, discussion, critique, organization, and community? The South Jersey Writers' Group may be for you. Some of what we're about can be found here.

Now, as opposed to having seasonal openings in membership, the South Jersey Writers' Group will now be permanently open for membership. Memberships in the group are $25.00 per year, discounted for students. This fee helps to pay for our meeting spaces, some events, author speaking engagements, social events, and much more. 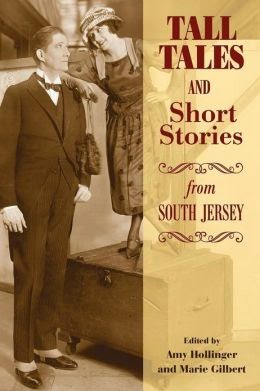 Most months we feature the regular meeting that sometimes has speakers, discussions, workshops, and demonstrations, and we also have Write-Ins, Critique Sessions, Blogfests, contests, book signings, field trips, retreats, and open mikes. That's not even mentioning the social aspect of chilling with other writers.

This new process for membership removes the need for our previous "Open Membership Period" from October to December. So spread the word, share our links, and invite others to join. We have just welcomed 41 new members to the group. Jump right in! New members are welcome for a 60 day trial period. Dues will need to be paid within 60 days, or they will automatically be removed. New members may also join at any time, so spread the word!

This new process greatly cuts down on the management involved in tracking dues and membership. Your online dues payments will be handled by WePay and Meetup.com.

Also, please check out the website for a full calendar of events, resources, and our discussion boards. All the group details can be found here. We also have a blog, a Facebook page, and Twitter. Join the community!