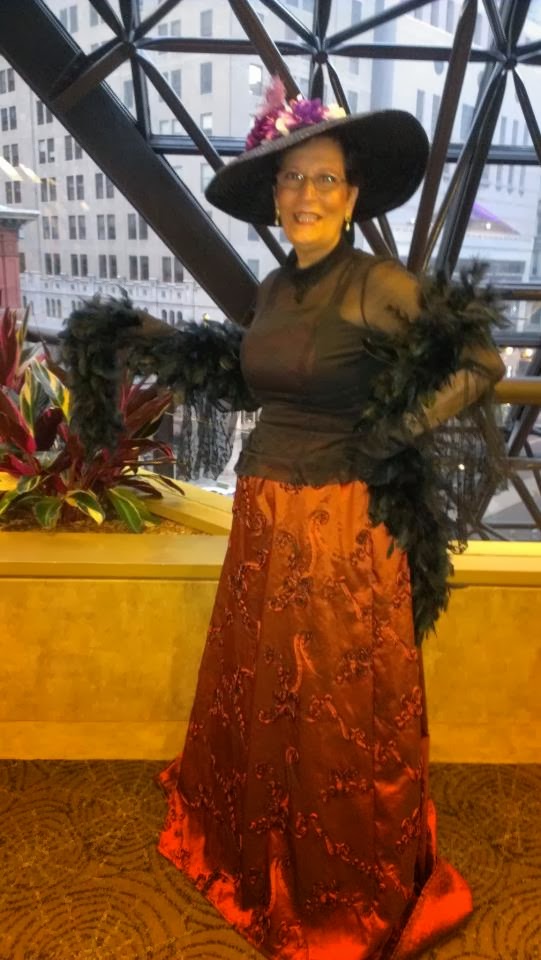 Presenting the next in a series spotlighting various members of the South Jersey Writers' Group - today's guest blog is by Marie Gilbert.

When Glenn Walker, AKA the Patron Saint of Blogging, asked me to be a guest on the SJWG blog, I said sure, I would love to talk about my writing. I love being part of this awesome group of talented people and I’ve learned so much since joining. But, saying yes to the post was the easy part, explaining why I like to write horror stories; not so much. The advice most often given to writers is to write what you know. Good advice, but what if your writing takes you down a path that is often scary?

Write what you know! I write about my family, ghosts, zombies, and aliens. Have I ever met an alien? Well… there are a few members of my family that I do wonder about, but basically, I research the information done by NASA and astro-biologists who study life forms that can exist in extreme conditions here on earth. I then try to imagine what life forms might be found on other planets. Using this method, I come up with some pretty neat aliens and landscapes. 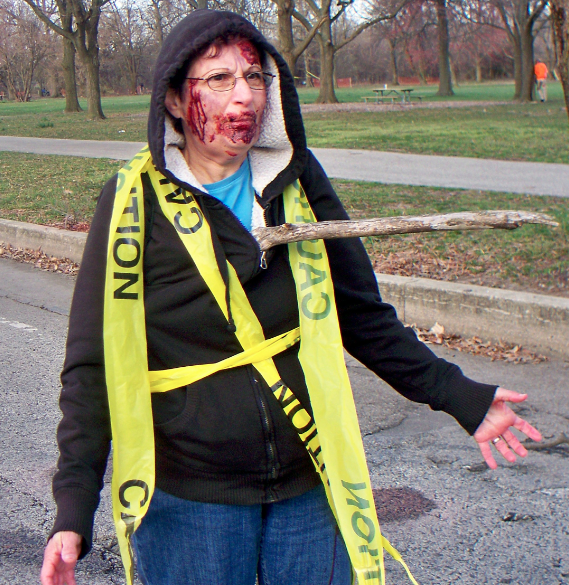 Have I ever met a zombie? No, but I do have teenage grandchildren, nieces and nephews who seem to go brain dead as soon as they sit in front of their computers. I know it’s not the same, but when you’ve tried on multiple times to get someone’s attention and they don’t see or hear you because they’re playing Assassin's Creed; they’re zombies.

All kidding aside, I’ve done plenty of research on the subject and feel that a zombie apocalypse, complete with pesky little flesh eaters, is possible. In my stories this apocalypse happens because of mutating prions, genetic and biological warfare, and my favorite; genetically modified foods.

When it comes to ghost stories, I’m definitely writing about something I know. I’ve been seeing the dearly, and not so dearly, departed since early childhood. Inheriting this trait from my grandmother and mother, I have a healthy supply of spooky material for my stories. I plan to write a story on a particularly nasty spirit that I had encountered on one of my teams ghost hunting investigations. Right now, I’m doing the research on the series of events that led to a child’s death by said nasty spirit. 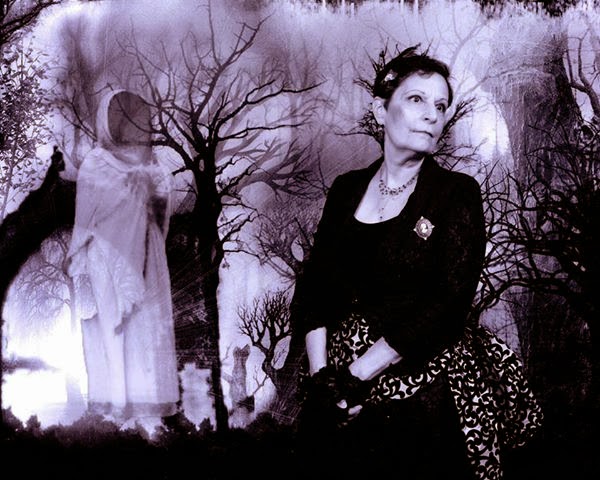 Not all my stories are about the paranormal. I also write about my family. In a large Italian family, there is always something going on that I can write about on my blog. I love writing about my family and their adventures, about going to steampunk events, and ghost hunting investigations.

I’ve been posting a weekly episode called "Life with Fred & Lucy." These episodes, which are subtitled "Surviving your Gene Pool" tells about my siblings and me growing up with two dysfunctional parents and working in the family business that was located in South Philadelphia. Wait… maybe this is a paranormal story.

When not writing about ghost, zombies and aliens, or doing interviews on published authors, film directors, actors and producers, I enjoy writing for Biff Bam Pop!, which is a pop culture website and writing a monthly post for Janet Garraty’s online magazine, Go Jane News.

So, now you know what I write about, but I haven’t told you why I write. I can’t help it! This need to tell a story is hardwired into me; into all of us. I love listening to stories and I love telling them. Stories for me, is a means of transporting history, hopes and dreams. Stories are, in essence, a time machine for humanity, which stretches from the past, present, future and beyond and starts with “Once upon a time.” 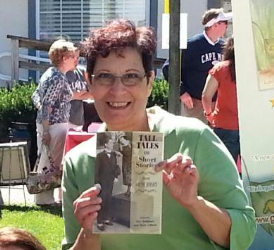 Marie Gilbert is a multi-dimensional super-heroine with more adventures than a comic book museum, stuck in a grandmother’s body. Retired from the Academy of Natural Sciences, Marie finally has time for her first love; writing. She writes primarily paranormal and science fiction stories. Her popular blog, Gilbert Curiosities, chronicles her adventures with her nine grandchildren, her ghost hunting investigations and her love of steampunk and zombies. Marie is also a staff writer for Biff Bam Pop! and a contributing writer for Go Jane News.

Marie served as co-editor of the SJWG short story anthology, Tall Tales and Short Stories from South Jersey. Marie and Dawn Byrne, fellow member of the South Jersey Writers' Group are known as Super G & Super D, and you will find them at many of the coffee shops and bookstores around New Jersey promoting the anthology for the group. Marie’s stories “Night of the Attack” and “Where Are You Zeppie” appeared in the collection. 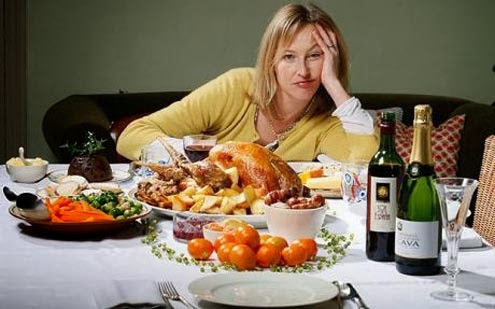 Presenting the first in a series spotlighting various members of the South Jersey Writers' Group - today's guest blog is by Barbara Godshalk.

Happy New Year! Jingle Bills, Jingle Bills, Credit cards are due! It’s freezing out, my pants don’t fit, no wonder I feel blue. I am knee deep in January let down. I feel fluffy - who doesn’t after the holidays? Santa forgot to leave a few things under my tree - patience, gratitude and organization skills would have been nice. Patience is one of my biggest problems. I have to remember that Rome wasn’t built in a day, and neither was my gut. If it took time to build up, why am I so frustrated when I don’t drop five pounds in twenty-four hours?

Organizational skills - especially where my three year old is concerned - would definitely come in handy. I wish I had a shop vac that would suck up small toys but I’d still need a place to keep them - instead of scattered. There are also toys that my daughter no longer plays with that had to disappear by stealth. 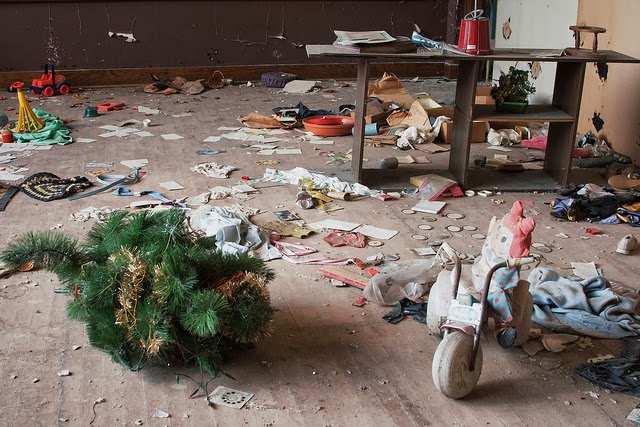 This brings me to gratitude because we are lucky to have this “problem”. I have a lot of stuff that needs to be organized. There are people - and plenty of them - who don’t have enough. I also have a spouse who is a bit of a slob. While this doesn’t help keeping the house in order, I still have a spouse - in good health - and a great father to our daughter. Said spouse also still has a job, certainly a plus in our economy these days. He is also not harassing me about my lack of full time paying employment - another unusual feature in a spouse.

All this cold weather and lack of distractions makes me introspective - what a pain in the ass.

Unfortunately, the nearest major holiday is months away. I have no problems looking forward, it’s looking around that seems to be a problem. Maybe I should have asked for a pair of good glasses. It would be great if I could see how blessed we are without having to make such a deliberate effort. More than that, I’d like to be able to relax and enjoy - does Santa do miracles? 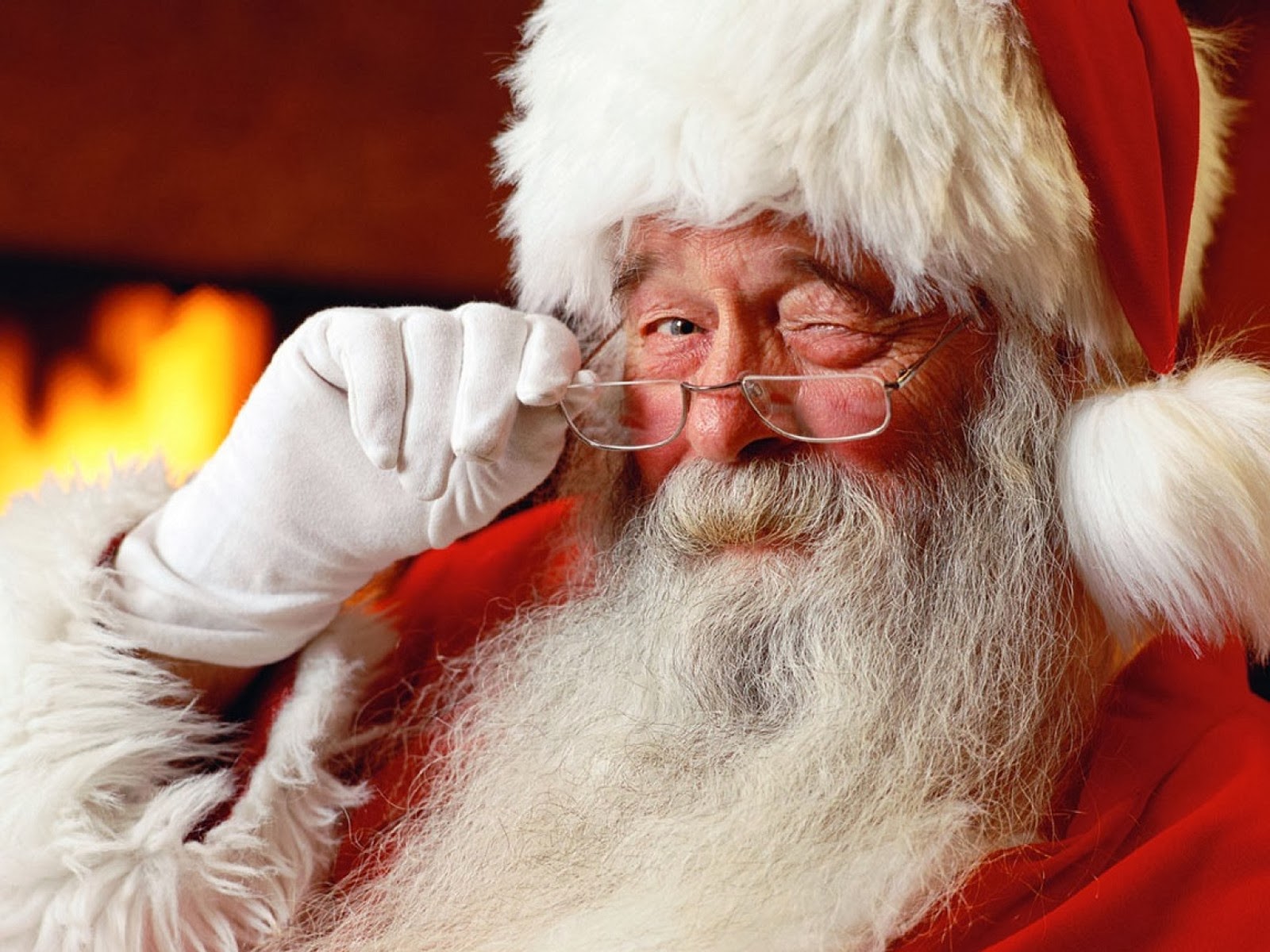 What’s weird is that I have so much to be thankful for that I feel like a fish out of water. I had a friend remark that when you’ve spent your life waiting for the other shoe to drop, it’s hard to break the habit.

Optimism is never on sale for half price after Christmas. People do tend to talk about it in reference to a new year. Personally, I resolve not to make promises I know damn well I won’t keep. For me, optimism feels like a hair shirt. So maybe rather than resolving to be optimistic, me and optimism could meet for coffee occasionally.

Some people say optimists see the glass as half full. I’d say it needs more wine. To see the glass clearly, or anything else for that matter, I would like to be able to remove the crap colored glasses through which I’ve been seeing my self and my house. Since tempus fugit is the understatement of the century, isn’t negativity a waste of time? 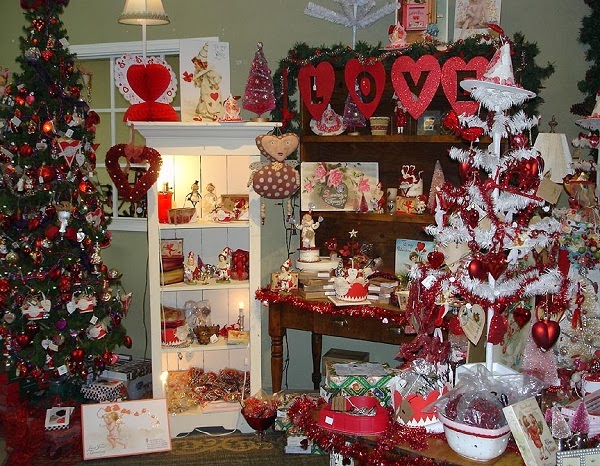 I understand that this is a new year but some things don’t seem to change. We go on diets and break them and we promise to clean more and don’t. What I’d really like for this year is to hang onto the lessons I’ve learned from the last year rather than repeating mistakes like a bee trying to fly through a closed window. Personal changes seem to move along like glaciers. What is this patience and where can I get some right now??!!

This year my house will still be messy, Playboy won’t be calling, and I’ll probably be just as sarcastic as I was last year - maybe worse in an election year. However, if I’m going to fight the winter let down, I can make sure my thermostat isn’t set to cheap bastard. Not playing human vacuum when my little food critic won’t eat all her dinner would certainly help my pants - if not my outlook.

I may even manage to put a few paper hearts up around the house to celebrate love - and life - for as long as we’re allowed to have it. Hell, I may even leave them up till June. Happy New Year, Happy Valentine’s Day, and Happy Thanksgiving. How’s your winter going? 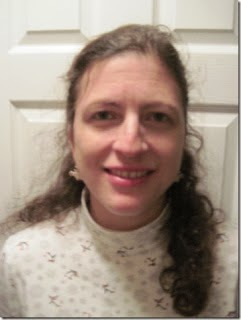 Barb Godshalk is a married mommy of a now five-year-old wealth of material and lives with her supportive husband in South Jersey. Her work had been featured on the In the Powder Room website as well as on Sirius XM's late lamented Lime Radio. Recently, you can find her in the South Jersey Writers' Group anthology Tall Tales and Short Stories. The majority of works involve memoir and life lessons pieces with as much humor as readers can tolerate. It is hoped that this blog post will be the final cattle prod to start a blog of her own. Enjoy.